During migration between their wintering and breeding grounds Rusty Blackbird often join mixed flocks with hundreds of other birds. These flocks can include other species such as Brewer’s Blackbirds,Red-winged Blackbirds, Common Grackles, American Robins, European Starlings, Brown-headed Cowbirds, and Blue Jays.

The Rusty Blackbird International Working Group is conducting research to determine what wintering and migration stopover areas are most crucial to this species. 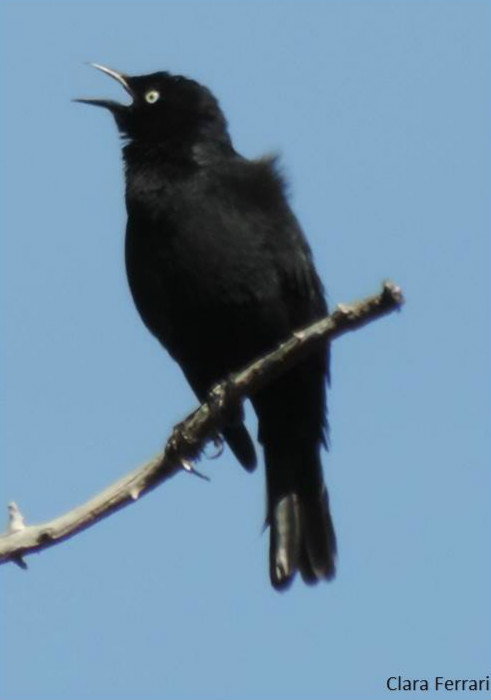 Rusty Blackbirds are one of the earliest migratory species to arrive on their breeding grounds in March-April to form pairs to establish territories. Territories are large, ranging from 4 to 172 ha. This species has high site fidelity, meaning a high proportion birds return the the same site every year to breed, build their nests, and raise their young. Up to 70% of the Rusty Blackbird population nests in Canada.

Females are solely responsible for nest building. Nests are cup-shaped and often found in short coniferous trees (especially Black Spruce in eastern Canada) within 3 m of the ground. Females lay 3-5 speckled pale blue eggs around mid-May which are incubated for approximately two weeks. After 10-12 days of growth the young leave the nest.

Rusty Blackbird annual cycle (above), nest with eggs (below) 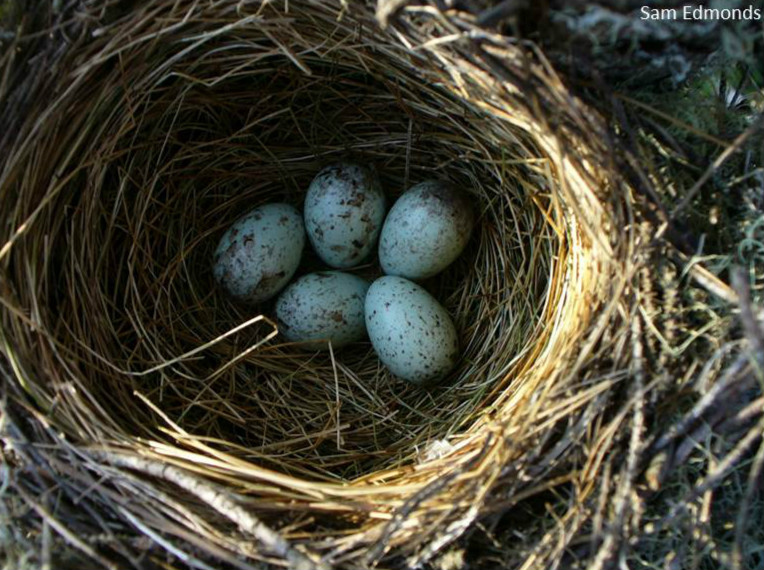 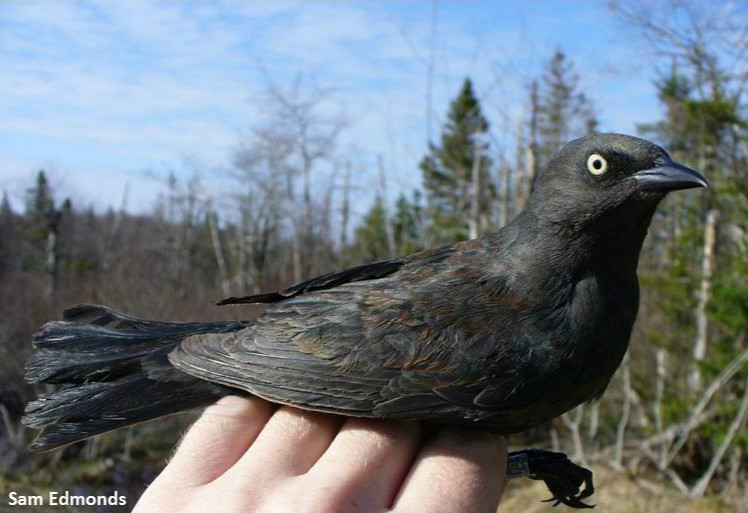