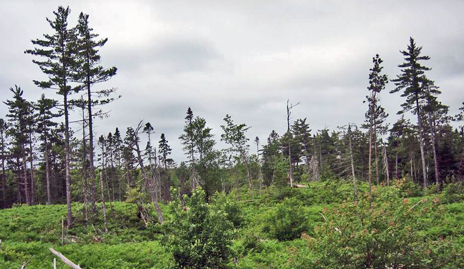 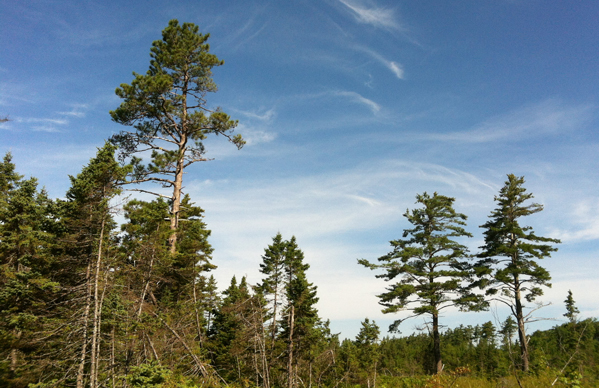 These birds also have a preference for recently-disturbed forest, particularly from the effects of fire. Fire produces a natural opening in the forest and leaves behind many snags (standing dead trees) that Olive-sided Flycatchers use as perches. Like wetlands, fire-disturbed areas are thought  to contain high numbers of flying insects that these birds feed on.

Olive-sided Flycatchers defend relatively large territories, between 10 and 20 ha. Nests are typically constructed in coniferous trees, especially spruce in Nova Scotia. Occasionally nests will be built in deciduous trees. Nests are generally built high off the ground and towards the end of a tree limb, away from the trunk. Breeding site fidelity (the propensity to return to the same breeding sites each year) is unknown.

Unfortunately, areas of forest that have been logged appear to be ecological traps rather than suitable edge habitat for this species. Ecological traps are areas where habitat appears optimal and is attractive to birds, but does not actually offer the same benefits as natural post-fire habitats such as lower abundances of predators (e.g. Red Squirrel, Common Raven, and Gray Jay). Pairs of Olive-sided Flycatcher nesting near logged sites have been found to be only half as successful as pairs nesting near a natural post-burn habitat. 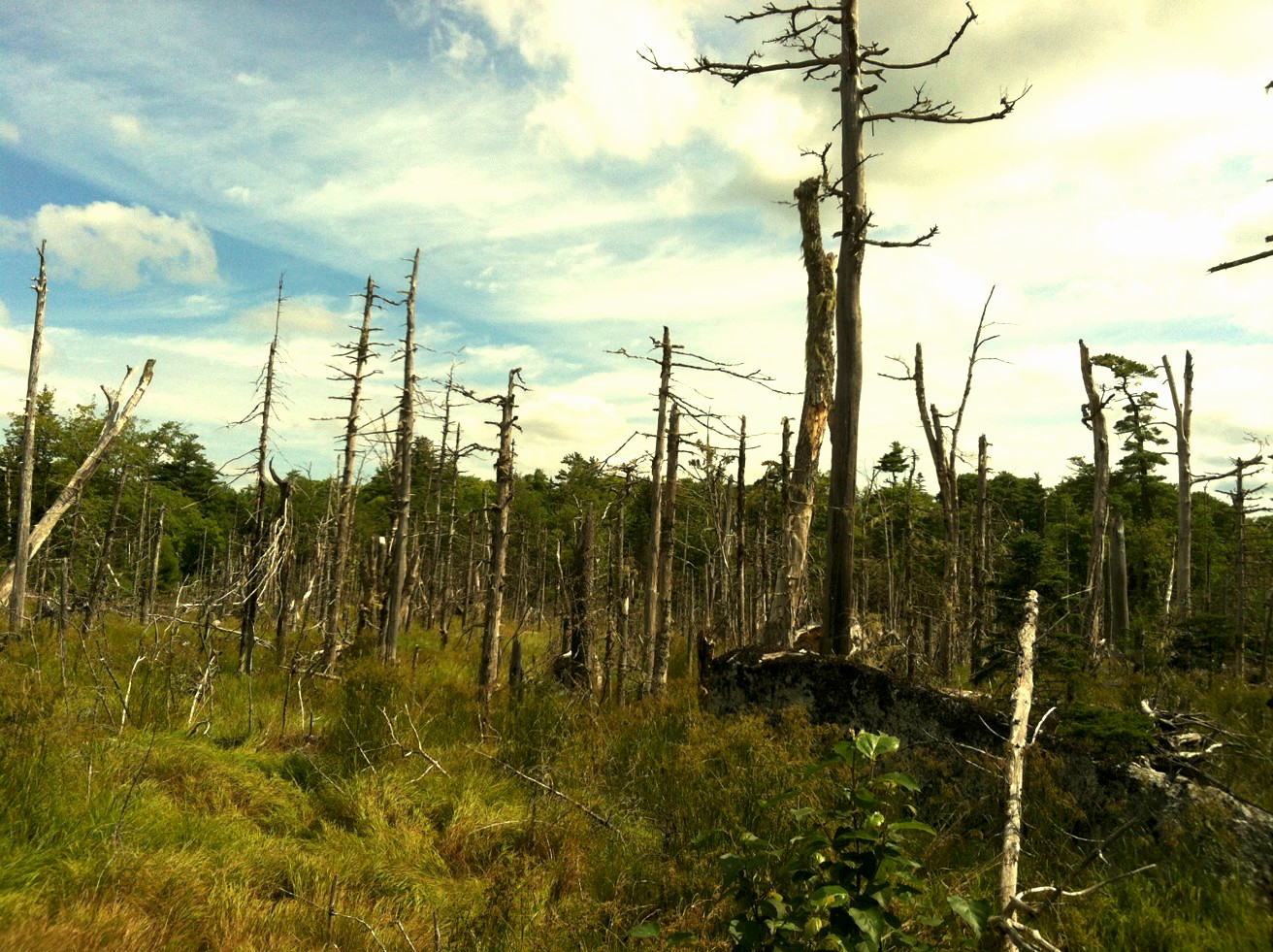