Common Nighthawks can be found in both rural and urban areas. They prefer dry, open areas of bare grounds with a close proximity to water. These include areas such as meadows, post-burned forests, peat bogs, marshes, rocky outcrops, and river banks. Humans also provide many different habitats for these birds including military bases, blueberry fields, quarries, railways, airports, gravel roads, and gravel rooftops. Despite this variety of man-made habitat, these birds still prefer natural areas over anthropogenic ones. 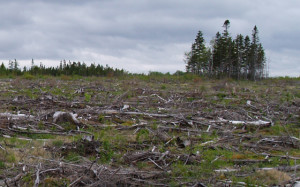 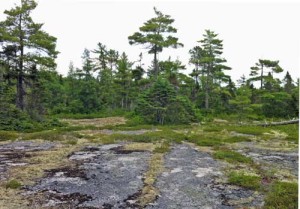 Though Common Nighthawks most commonly nest on bare, rocky grounds, they also frequently build their nests in human-made environments such as flat gravel roofs. Some breeding habitat for these birds has been lost due to replacing such rooftops with tar. Humans are also responsible for removing many natural and human-made habitat openings preferred by Common Nighthawks by using fields for agriculture or suppressing forest fires that create open spaces.

Common Nighthawk are found across Nova Scotia. Their distribution across the landscape depends on the availability of suitable habitat.

Habitat modelling is a tool used by ecologists to predict a species distribution and is based on two factors:

Habitat modeling has been completed for the Common Nighthawk to predict their distribution across southwest Nova Scotia. In these models geographic information systems software was used to prepare the spatial data, and the program Maxent was used for the modelling.

Seven environmental variables were chosen as model inputs based on their relevance to known habitat preferences of Common Nighthawks. These included:

The following map is the resultant habitat model for this species in southwest Nova Scotia. Darker red areas indicate a higher probably of Common Nighthawk occurrence. 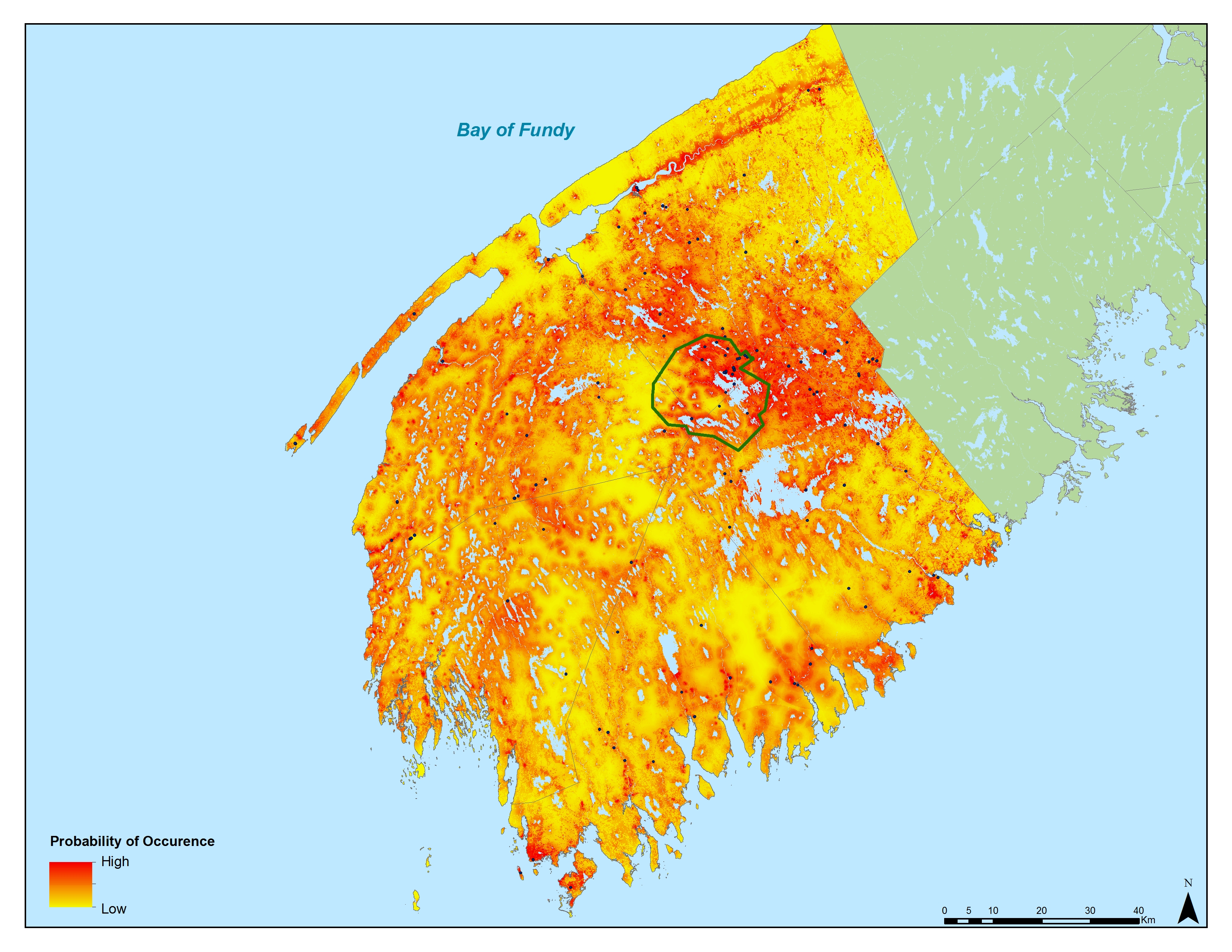 The model predicts that suitable Common Nighthawk habitat is scattered throughout the region.  Nighthawks are likely to occur in the Mersey and Medway watersheds, including the eastern portion of Kejimkujik National Park, and Annapolis and Digby counties. Many of these areas are working lands. This highlights the importance of private land stewardship in Nighthawk conservation.

According to the model, the most important variables in determining habitat suitability are: