Forested wetlands are understudied environments in decline due to human activity. These “wetlands with trees” may vary in quality, with high-quality habitat contributing disproportionally to the survival of its occupant species.

Our Landbirds at Risk project is part of a large, multifaceted initiative to synthesize existing knowledge, and to generate new knowledge to better understand forested wetlands across Atlantic Canada to increase capacity for conservation of this habitat and its biodiversity. This knowledge will produce a framework for reducing impacts of land use and climate change on the biodiversity and ecosystem functioning of forested wetlands. Our proposed research on landbird SAR is an important component of the larger initiative and will help inform conservation efforts targeting forested wetlands in Atlantic Canada.

Three species at risk, the Canada Warbler, Olive-sided Flycatcher, and Rusty Blackbird, breed in forested wetlands and are of high conservation concern in Atlantic Canada. Effective conservation of these species requires an understanding of the quality and distribution of their habitat. Currently, a lack of such information presents a significant challenge to developing strategies to reverse the population declines. Better quality sites should have higher densities of birds, produce more young per pair, and have more stable populations that have persisted over time. We want to find and characterize these sites.

The objectives of this project are to identify the areas of high-quality forested wetland habitat for these species in Atlantic Canada, with an emphasis on Nova Scotia; to determine what distinguishes higher from lesser quality sites; and to determine where this habitat occurs in Nova Scotia by building species distribution models using Geographic Information Systems (GIS).

We also want to engage communities in monitoring and conservation of these species. We will offer training workshops and recruit volunteers to help find these birds.

We are conducting bird surveys in Nova Scotia from about April 20-July 8, 2017 and 2018, for Canada Warbler, Olive-sided Flycatcher, and Rusty Blackbird. We will revisit sites where the species have been found in the past and search for new sites where habitat models predict they may be found. We will also collect information on habitat during the bird surveys and later in the summer. The data collected will be used to improve existing habitat models for these species before they are used to make conservation decisions.

This work should have a significant, positive impact on conservation efforts for these three species at risk (SAR) in Nova Scotia. It will improve understanding of critical habitat and identify sites that are most important to protect or manage through conservation efforts. 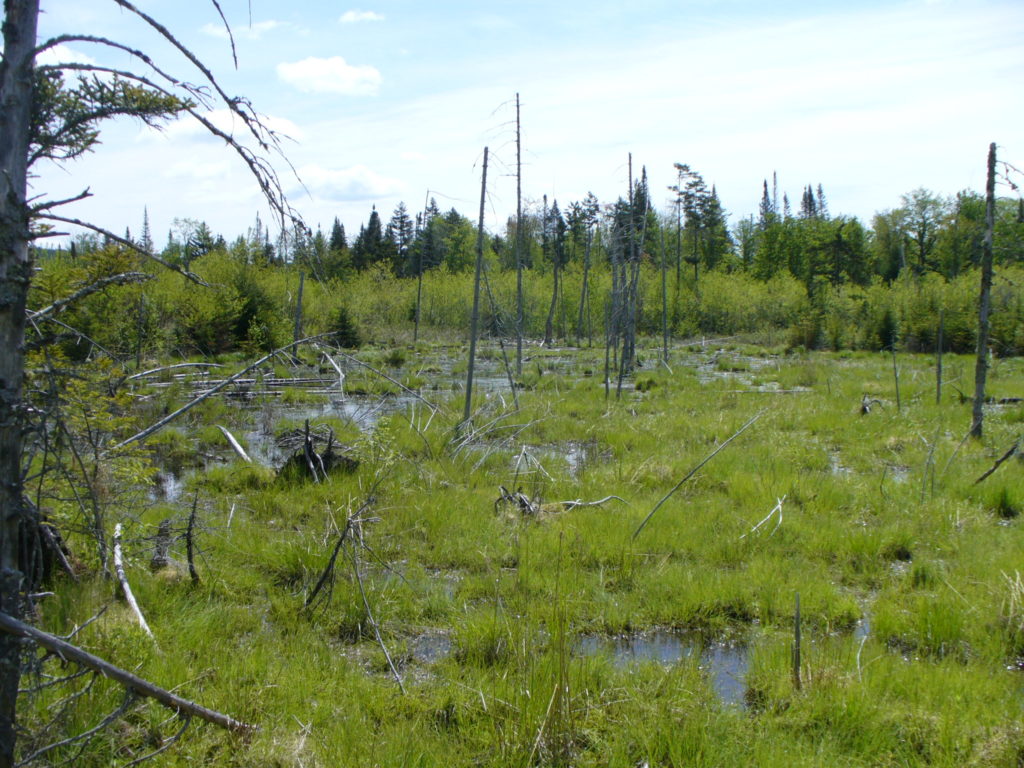