The Rusty Blackbird has few distinctive marks in their breeding plumage, thus can be tricky to identify. However, with some experience they are easy to spot by looking for the following features (male on left, female on right): 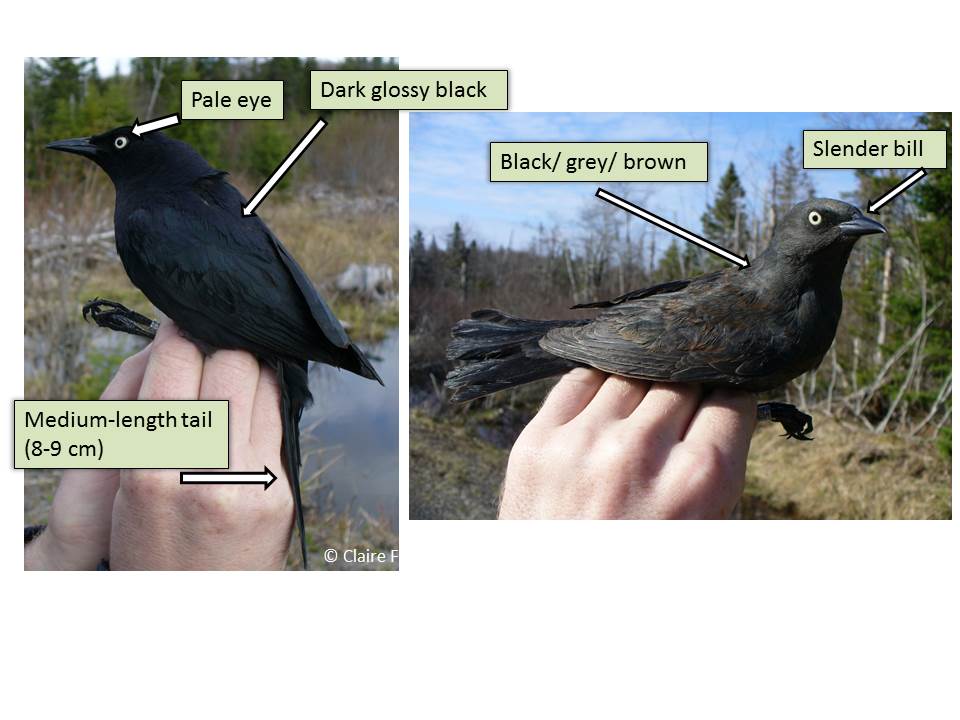 Look for Rusty Blackbirds at the edge of bogs or forested wetlands, especially in coniferous-dominated wet areas. These birds can often be found probing for food in mud, or perched high in a tree or snag (standing dead tree) while singing.

The song of the Rusty Blackbird is often heard during the April and May, after which they become fairly quiet. This song consists of one to three harsh notes, followed by a high whistled note. These songs sometimes bear resemblance to the sound of a tape being fast-forwarded.

Rusty Blackbird songs are frequently interspersed by “check” call notes. These birds may also may use call notes unaccompanied by song. Many recording of Rusty Blackbird songs and calls can be found on the Dendroica Canada and Cornell Lab of Ornithology’s Macaulay Library websites. Occasionally, females may sing, so try to get a look at the bird to determine its sex. Much experience is required to identify Rusty Blackbirds by their calls.

Rusty Blackbirds may easily be confused with other, more common, bird species. In eastern Canada the species most likely to cause confusion is the Common Grackle.

Distinguishing features of the Common Grackle:

Though Common Grackle are often found in wetlands and marshes, similar to the Rusty Blackbird. They also inhabit agricultural fields, suburban, and urban areas. 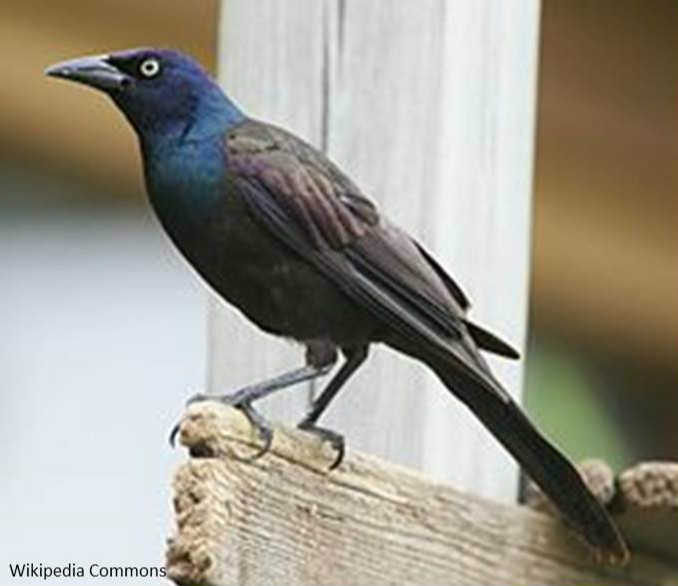 Although the bright yellow and red patches on a male Red-winged Blackbird wing is an obvious distinguishing feature, the patch is not always fully visible and may be partially or fully hidden under dark body feathers.