Canada Warblers have distinctive plumage, as noted in the field marks in the photos below. The male is identified by his dark ‘necklace’ and bright yellow underparts, coupled with blueish-grey upperparts. In females and immatures, the necklace is much fainter and upperparts much duller. 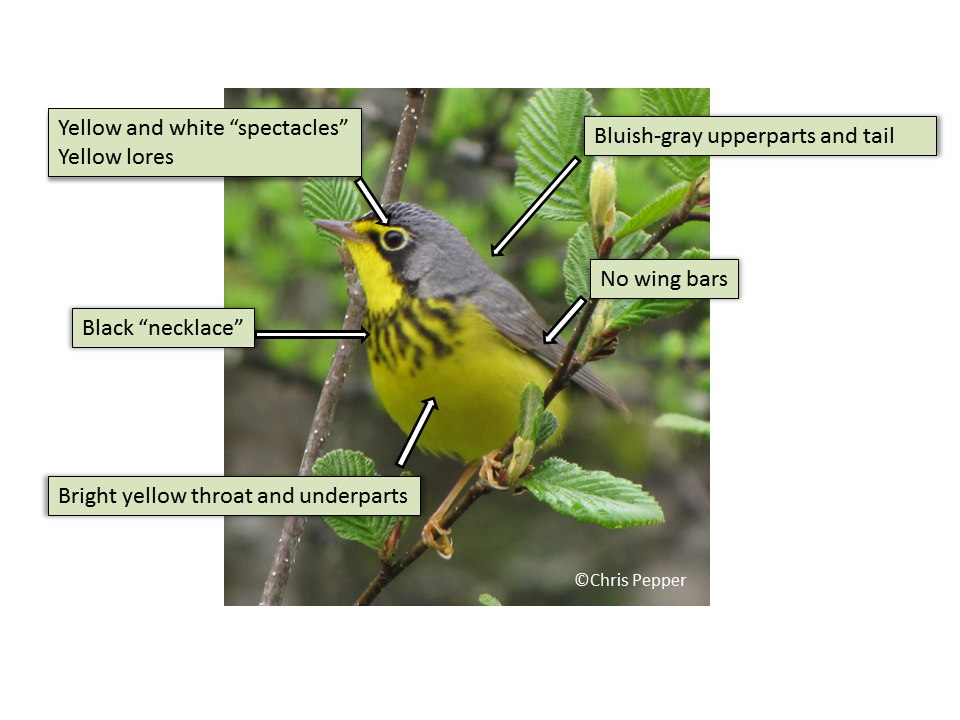 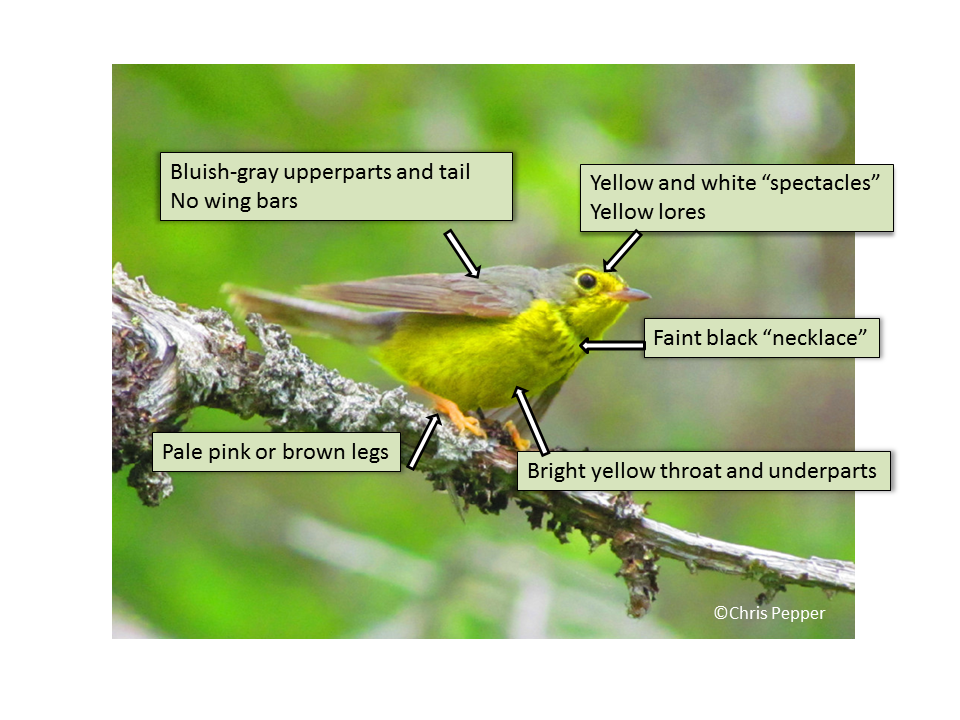 Because they spend most of their time in dense undergrowth, you are much more likely to hear a Canada Warbler than see it. Once you learn its song, it should be easy to pick out this species from the other warblers in its area.

The male Canada Warbler sings to establish and defend its territory and to attract a mate. The female does not sing. The male’s song is complex and variable but usually begins with a short “chip” before tumbling into a fast warble. A typical song sounds like “Look! A pretty yellow bird with a necklace over here.”

Both males and females give “chip” calls to communicate with each other, and to interact with aggressive neighbouring birds that may encroach on their territory. Experienced birders may be able to recognize Canada warblers by their calls alone. The calls of males are slightly lower-pitched than those of females.

Recording of songs and calls can be found on the Dendroica Canada or Cornell Lab of Ornithology Macaulay Library websites.