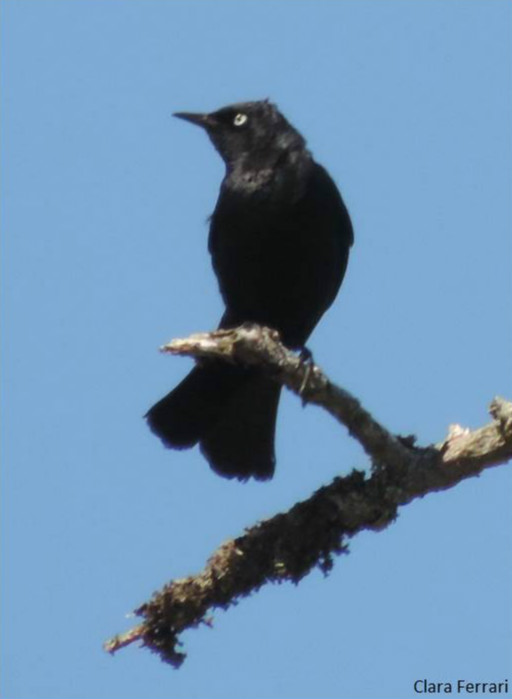 The Rusty Blackbird is one of the most rapidly declining bird species in North America. Data from two long-term monitoring programs, the Christmas Bird Count and the Breeding Bird Survey, indicate that Rusty Blackbird numbers have declined 85-95% since 1970. Between 2002 and 2012 in Canada, Rusty Blackbirds declined as an annual rate of 1.09%. In Nova Scotia the decline across the same period was 6.55% annually.

The decline in this species has gone largely unnoticed until recent years. There are several reasons for this, including the difficulty of locating Rusty Blackbirds in their forested wetland breeding habitat, a lack of scientific study targeting the species, and a general disinterest by both the scientific community and the general public in what was once considered to be an uninteresting and commonplace bird.

Conservation status of the Rusty Blackbird nationally and in Atlantic Canada:

The specific factors driving the decline in Rusty Blackbird populations have not yet been confirmed.  There are many plausible threats, and more research is required to better understand these threats.

More research is needed to determine how each of these factors is affecting the Rusty Blackbird populations, how to best mitigate their effects, and how best to support the recovery of these birds.