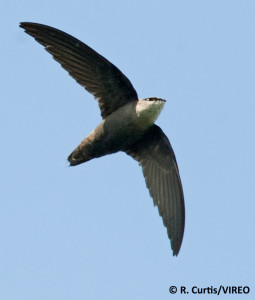 The industrial use of insecticides on agricultural lands has reduced populations of flying insects in North America, which Chimney Swifts feed upon. Specifically, the use of DDT in the mid-1900s is thought to have negatively affected this species. However, the specific implications of pesticide use on Chimney Swifts remain unclear.