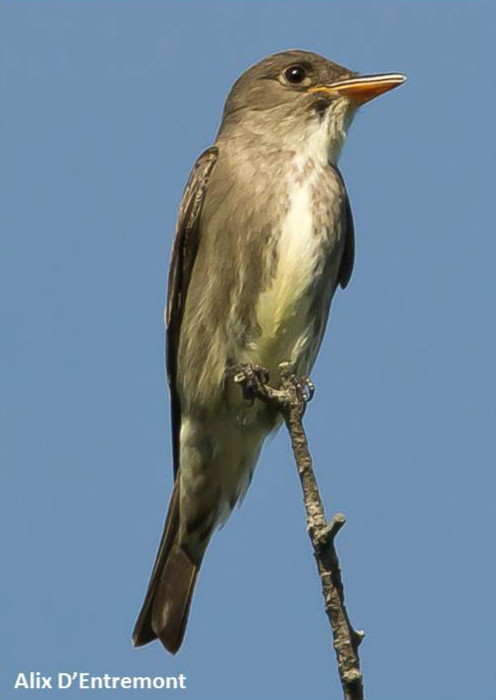 Most birds arrive on their North American breeding grounds in mid-May to form monogamous pairs and establish territories. The male Olive-sided Flycatcher rarely leaves his territory, and may sit for hours at a time surveying it from a high perch to ensure no other males encroach of the space chosen for him and his mate. A male will sing to establish and defend his territory, and to attract female mates.

Nesting begins by early June. Females choose a nest site and are primarily responsible for nest construction, which typically takes 5-7 days. Most nests are built in coniferous trees (typically spruce), and are placed well out from the tree trunk towards the end of a limb. Both the male and female will aggressively defend a nest against intruders. Clutch size is 3-4 eggs which are incubated by the female for approximately two weeks. Eggs hatch by late June to early July.  After an unknown period of growth the young leave the nest, although are not capable of flight at this time and remain dependent upon their parents for food for up to 7 additional days. Within a week of leaving the nest the young are thought to be capable of flight and fully self-sustaining.

Much remains unknown about the nesting ecology of this species  – incubation period, events during hatching, and the growth and development of young are poorly understood. 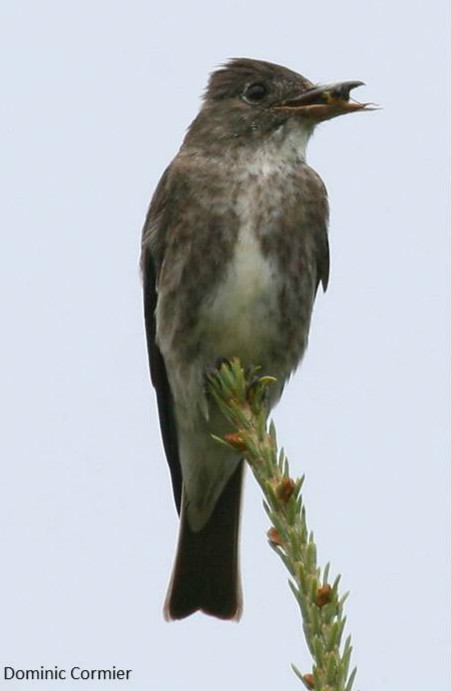