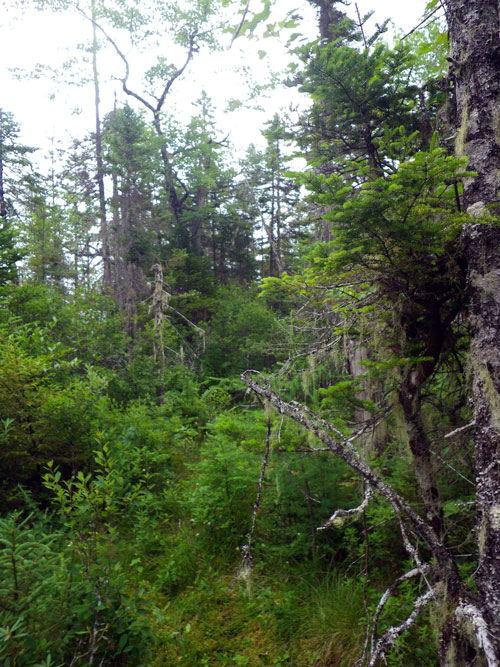 Habitat where all three SAR were observed

Our current project builds on previous work done by Dr. Cindy Staicer and her students, primarily Alana Westwood. In the summers of 2012-14, habitat surveys were conducted in southwest Nova Scotia at sites where three SAR – Canada Warbler, Olive-sided Flycatcher, and Rusty Blackbird – had been previously found. By quantifying the specific features of the sites where these birds are found, we can determine the habitat preferences of these birds.

Results of these habitat surveys are summarized below. These results shed light on the specific features that make habitat suitable for each of these bird species, and highlight the common features of habitat used by all three species.

These habitat surveys consisted of Nova Scotia Forest Ecosystem Classification (FEC) plots to classify the vegetation, soil type, and ecosite of each site, and transects to quantify the amount of leaf or needle cover of different habitat layers .

Trees at each site were counted and classified. The Tree Types graph below groups trees into coniferous, deciduous, or snags (standing dead trees of either type). Overall, coniferous trees dominated the sites where all three of the bird species were found, and deciduous trees and snags were each about half as numerous as coniferous trees. 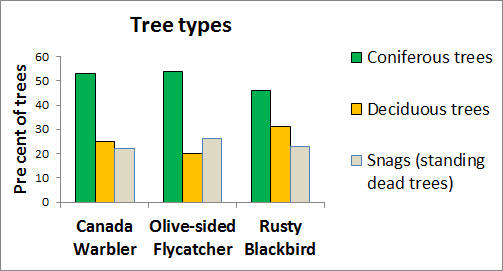 The Tree Species graph below shows these trees separated into species rather than type. The most abundant tree species was Spruce (mostly Black Spruce), which especially dominated Olive-sided Flycatcher sites. The second most abundant species was Red Maple, which especially dominated Rusty Blackbird sites. Other hardwoods were uncommon, but other conifers made up a substantial percentage of the remaining tree species. Balsam Fir and Pine (mostly White Pine) were common, and Eastern Hemlock was relatively common at Canada Warbler and Rusty Blackbird sites.

Sites were also classified by Vegetation Type based on the vegetative, soil, and moisture attributes as part of the FEC system. Vegetation Types describe the forest based on tree species and types of ground vegetation in the understory.

Canada Warbler were most commonly found in Wet Deciduous forest with Red Maple, Cinnamon Fern. and Sphagnum moss covering the ground, while Olive-sided Flycatcher favoured sites of open Spruce forest with a dense layer of Lambkill and Bracken Fern. Rusty Blackbirds were found across a variety of Vegetation Types, suggesting other factors are more important to their site selection than vegetation type.

Birds can also choose their habitat based on habitat structure rather than specific plant species. To evaluate this, habitat structure of the sites was quantified where the three species at risk were found to help us learn about these habitat preferences. This was done by measuring the percentage of a site covered by plants in six different vegetation layers: canopy, coniferous saplings, deciduous samplings, high shrubs, low shrubs, ferns, and other ground vegetation.

The sites where Olive-sided Flycatcher were found had lowest percentage of canopy cover (i.e. they preferred open canopies) and high cover by the low shrub layer. Canada Warbler sites had high cover by the high shrub layer, while sites with Rusty Blackbird had relatively less vegetation cover overall.

A closer look at the ground revealed other habitat differences. Overall amounts of vegetation cover were similar for Canada Warbler and Olive-sided Flycatcher, but noticeably lower for Rusty Blackbird. Cinnamon Fern and Sphagnum Moss were most abundant at Canada Warbler sites, whereas other ferns and bryophytes were more abundant at Olive-sided Flycatcher sites. Graminoids (grasses, sedges, and rushes) were most abundant at Rusty Blackbird sites. The amount of woody debris (tree twigs, branches, and trunks) on the ground was similar for all three species, though Rusty Blackbird sites had more leaf and needle litter, more bare ground, and more mud or water. 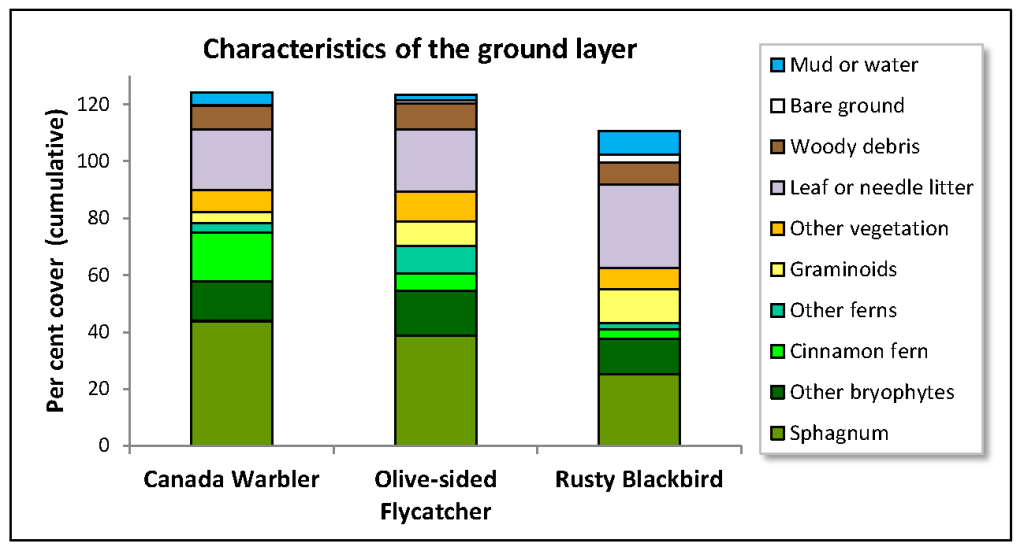 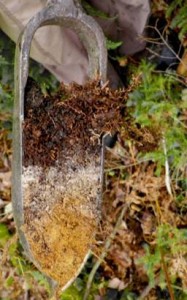 The grids below summarize the moisture and nutrient regimes of the habitat where each of the three bird species were found. Each oval represents a different moisture-nutrient regime, known as an ecosite. The darker the colour of an ecosite oval, the higher the number of sites within the parameters of that ecosite. For all three bird species the most common soil type was wet/poor (moisture/nutrient regime) where tree growth was limited by excessive moisture and low fertility. Typical habitat at these sites were coniferous or mixedwood treed swamps, with spruce, fir, and Red Maple.